THE MINUTEMEN CRASH THE PARTY AT ALL-STATES 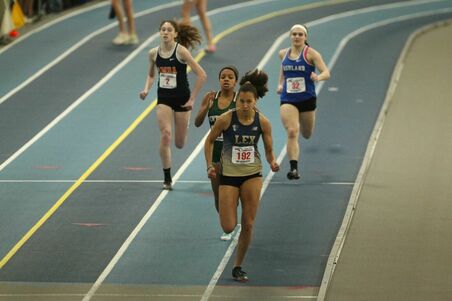 BOSTON, MA - Saturday afternoon at Reggie Lewis The Minutemen went up against the best that Massachusetts has to offer at the All-State Championships. On the boys side, Lowell High School took home the team title scoring 44 points to runner-up Wellesley's 38, while Lexington was held off the scoreboard for the first time since 2014. Despite finishing runner-up on the boys side, the girls from Wellesley were not to be denied. They took home the state title with a resounding 55.50 point performance; Natick took second with 33 points. While LHS did not factor much in the overall title - placing 47th with three points -  without question The Minutemen's athlete of the meet was superstar sophomore Aleia Gisolfi-McCready, who had a hand in every point that was scored by LHS.

Entering the meet seeded 16th out of 24 competitors in the 300m Gisolfi-McCready's prospects for placing did not look good. However, when the gun went off the sophomore thundered through the first 150m of the race and beat the field to the break line. From there she turned it into high gear putting away her heat with a personal best 41.04 seconds. That time placed her seventh overall and ranks her 25th among sophomores nationwide. After the 300m, Gisolfi-McCready was back to anchor the 4x200m relay team of junior Rachel Caldwell-Glixon, sophomore Eileen Cannon, and freshman Mari McBride. After her teammates ran strong legs of their own, Gisolfi-McCready took the baton for the final lap. Despite a controversial ending to the race that resulted in LHS's disqualification, the sophomore was clocked at an unofficial 25.3 second split en route to a time of 1:47.76 that would have placed 11th overall. While the 4x200m did not go as planned for The Minutemen, they had one more shot at points with their 21st seeded 4x400m team of sophomore Lina Jafaar, juniors Pauline Steines and Lily Sheth, as well as Gisolfi-McCready on the anchor leg. Jafaar and Steines got the team in a strong position by running unofficial splits of 63.9 seconds and 63.5 seconds respectively before Sheth put The Minutemen in the lead with a 61.5 second split of her own. As she has proven time and again during her breakout season, when Gisolfi-McCready gets the baton in the lead the race is over, and that was certainly the case on Saturday as she brought The Minutemen home with an unofficial split of 59.3 seconds to finish with a time of 4:08.42. That time held up through the heats to place eighth overall and grab LHS's final point of the meet.

Other Highlights from the Track
Up Next
Members of the LHS boys and girls teams will be competing in the MSTCA Pentathlons this week. The boys will compete Tuesday the 26th, while the girls will go Wednesday the 27th. Both meets are set to begin at 3:00pm at Reggie Lewis.
Along with their performances on the track, the girls team was awarded the Joan Doherty award given to the MIAA Division 1 team which best exemplifies what it means to show good sportsmanship on and off the track. Congratulations to Coach O'Brien and the entire LHS girls team for this achievement. 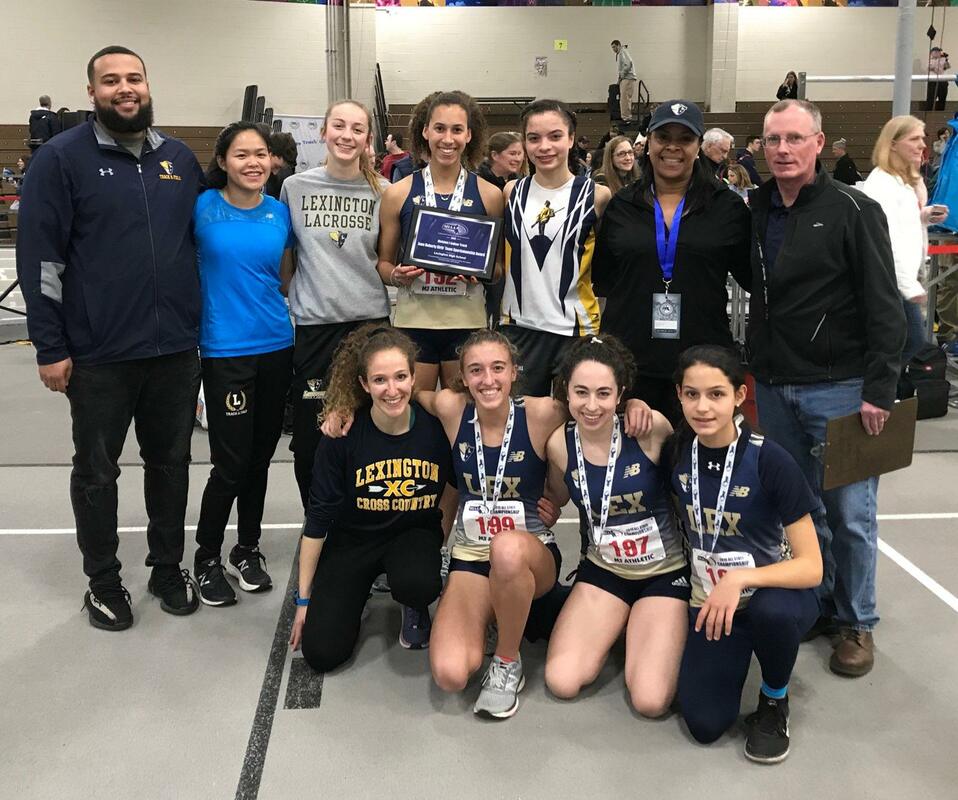