THE MINUTEMEN CLOSE OUT THE 2019 SEASON AT NEW BALANCE NATIONALS 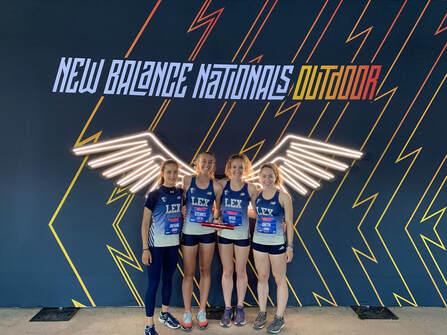 GREENSBORO, NC - Over this past weekend 14 members of the Lexington High School boys and girls teams headed down to North Carolina to compete at the New Balance Outdoor National Championships. Due to MIAA restrictions the athletes competed in a variety of individual and relay events across the first three days of action under the name "Lexington Harriers Track Club."

On Thursday The Minutemen's youngest competitor at Nationals got things off to a good start. Competing in the Freshmen Division of the 800m, Evan Eberle (2:01.61) finished second in his heat and 14th overall in the event.

Friday morning the girls 4x800m Relay of juniors Pauline Steines, Danna Ofek, and Lily Sheth along with sophomore Lina Jafaar competed in the first heat of three in the Emerging Elite division. Steines got the team off to a great start with a 2:21.72 split to put the team in second going into the first hand-off. Then Jafaar held her own with a 2:25.54 before handing off to Ofek in fourth. As she has done all year, Ofek charged after the leaders and got The Minutemen to the front of the chase pack trailing only behind Glen Head, NY going into the anchor leg. Her split of 2:22.96 was just off her PR for the season. On the anchor leg, Sheth trailed Glen Head by about 20 meters but slowly reeled them in over the first 600 of the race. With 200 to go Marshfield, MA sophomore Ciara Hume passed Sheth but helped bring her around Glen Head's anchor and to the line in 2:22.26 split - almost identical to her PR - that was good for a final time for the relay of 9:32.48. That time was not only a season best, but would hold up through the next two heats to finish eight overall in Emerging Elites.

Other Highlights from Emerging Elites
The Minutemen's final competitor at Nationals was Michael Gupta. Throwing on Saturday afternoon, Gupta was the loan LHS athlete to compete in  the Championship division - Gupta qualified earlier this month with a throw of 195'4" at the New England Hammer Throw Championships. Unfortunately, after fouling his first two throws Gupta was not able to match his PR but still was able to place 19th overall with a throw of 176'8". The junior finishes the season as US #23 in the event, and ranks 10th among athletes set to return next year.
​A special thanks to the graduating seniors who have helped to carry this team over the last four years. Good luck in your future endeavors! 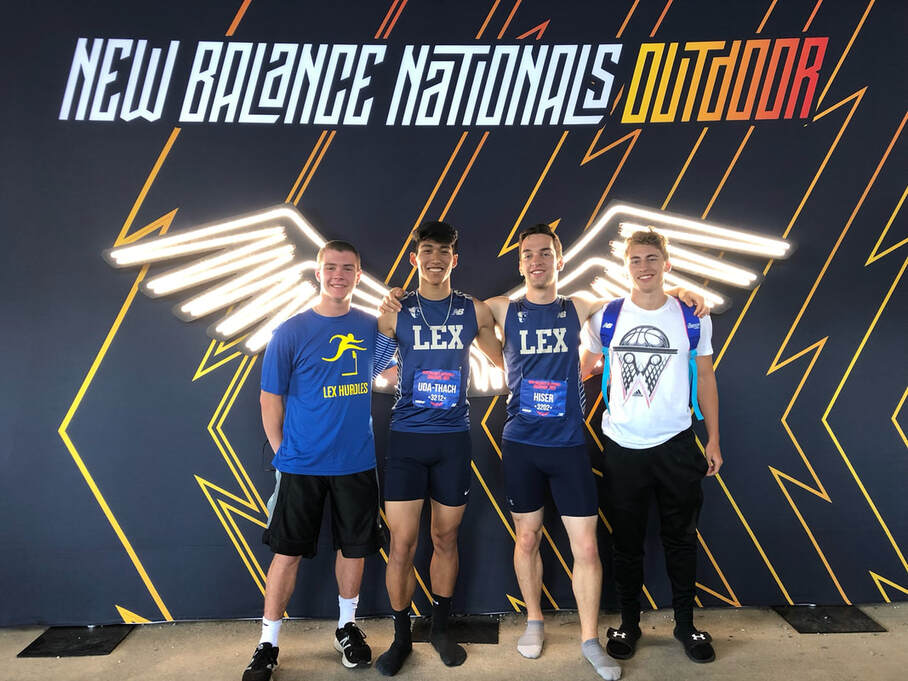